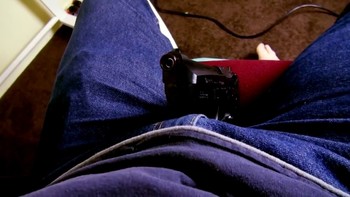 open/close all folders
The Review Must Go On
The Odd Life of Timothy Green
Is Twilight the WORST Thing Ever?
Advertisement:
Pearl Harbor
Does Romeo and Juliet Suck?
Son of the Mask
The King And I
Catwoman
Advertisement:
The Looney Tunes Show: Good or Bad?
The Cat In The Hat
Top 11 South Park Episodes
Is Parody Dead?
Jurassic Park
Why is Loki So Hot?
A.I.: Artificial Intelligence
Are Video Games Art?
Master of Disguise
Turbo: A Power Rangers Movie
Are Superheroes Whiny Little Bitches?
Top 11 Dumbest Lord of the Rings Moments
Was Batman Season 4 A Hit Or Miss?
Sailor Moon
Why is Tom and Jerry Genius?
Les Miserables MUSICAL REVIEW
Top 11 Adult Jokes We Never Got As Kids
The Last Airbender
WTF is with the Ending of The Graduate?
Bridge to Terabithia
The Shining Mini-Series
Why Do We Love Zombies?
Sharknado
Should We Scare the S*** Out of Our Kids?
Devil
Dawn of the Commercials
Man of Steel
Top 12 Santa Clauses
Eight Crazy Nights
[title changes to "Menáge a 'Twas the Night Before Christmas"]
Why Lie About Santa?
The Worst Christmas Special EVER!
Why is Arthur Christmas a Masterpiece?