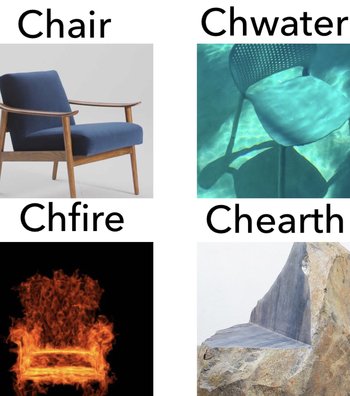 Long ago, the four chairs lived together in harmony...BUT THEN EVERYTHING CHANGED WHEN THE CHFIRE NATION ATTACKED
Avatar: The Last Airbender is a series so popular that it's no surprise that it has a huge number of memes that fans will be familiar with.The Animated Series
Advertisement: