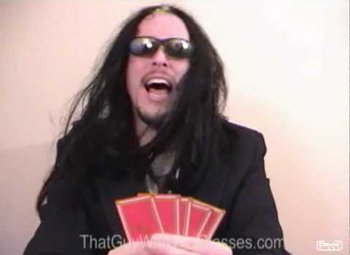 "Ey! Would you like to play some Poke', mon?"note Apologies to Jamacans EVERYWHERE!