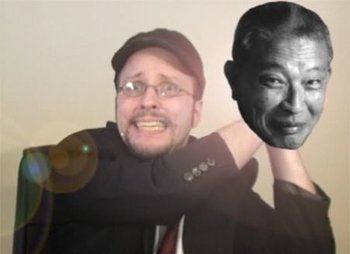 Mako can do no wrong! Hahaha... please don't kill us.

Good Burger
Ferngully: The Last Rainforest
A Kid in King Arthur's Court
The Good Son
Adventures of Sonic the Hedgehog/Sonic Sat AM