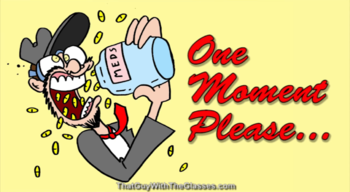 When a movie annoys the Critic so much that he has a nervous breakdown before the review starts.
Advertisement:
open/close all folders
Behind the Scenes
Commentaries
Advertisement:
Disneycember
Dreamworks-uary
DVD reviews
Turkish Rambo /Rampage

The Blues Brothers the Video Game

The Making of A Nostalgia Critic Episode