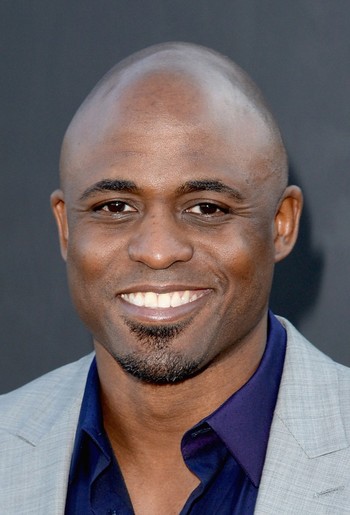 Is Wayne Brady Gonna Have to Choke a Bitch?
Advertisement:

Wayne Alphonso Brady (born June 2, 1972) is an American actor, singer, comedian, and television personality best known for his work on Whose Line Is It Anyway? and his tenure hosting Let's Make a Deal.

Brady was born in Columbus, Georgia, and moved to Orlando, Florida, as a young child to live with his grandmother and aunt. At age 16, Brady started performing in community theater and with the improv troupe SAK Comedy Lab, where he started developing his improv skills. He attended Dr. Phelps High School and later enrolled in the University of Miami.

His career began on the British version of the ensemble improvisational comedy program Whose Line Is It Anyway? during its last season in 1998. After this, he became a regular performer in the American version hosted by Drew Carey, for which he won a Primetime Emmy Award for Outstanding Individual Performance in a Variety, Musical, or Comedy series.

He has since starred in a wide range of television shows and theatre performances, though many of the former were short-lived compared to Whose Line. He remains part of the Production Posse of Whose Line to this day.