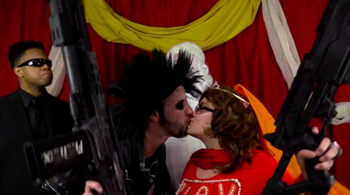 "I now pronounce you psycho husband and stalker wife!"
Advertisement:

If you can't imagine how a bratty, cynical reviewer could ever induce heartwarming moments, just take a look at this page.