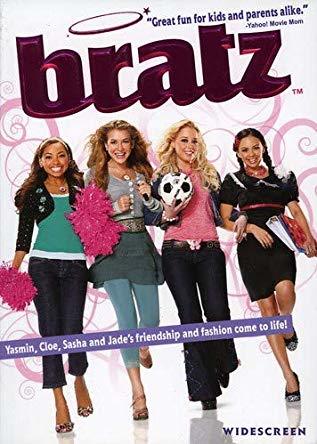 Bratz: The Movie is a 2007 movie based on the popular but controversial line of dolls. It is set in an Alternate Universe to the CGI films.

The movie follows Cloe, Sasha, Yasmin and Jade as they go through high school. After being broken up on the first day, Yasmin decided to take the initiative and bring her group back together and show Meredith and her Girl Posse that she doesn't rule the school.