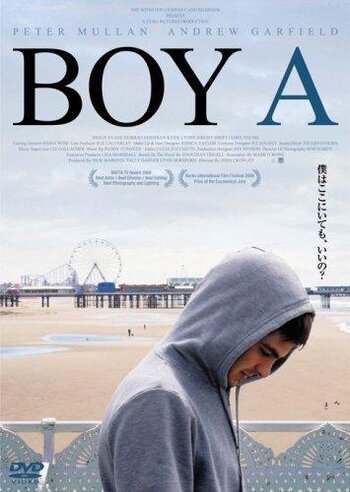 by Jonathan Trigell. Starring Andrew Garfield and Peter Mullen, Boy A follows Jack Burridge, formerly Eric Wilson, a twenty-something man released from prison for a dark childhood act. Eager to finally live his life and move on from his past once and for all, Jack nonetheless struggles with the weight of what he once did on his conscience, constantly fighting the urge to open up and reveal his past to his workmates even in spite of his kindhearted caseworker's insistence that "Jack is a new person." Jack is eventually able to truly redeem himself by saving a little girl's life, but the truth about him and what he once did unfortunately comes out sooner than later and things quickly spiral out of control as a result.

Boy A was released in the United Kingdom as a television film in September of 2007 and theatrically in the United States in July 2008 by The Weinstein Company. For his sympathetic and compassionate performance in this small-scale, character-driven drama Garfield received significant critical praise and even a BAFTA.