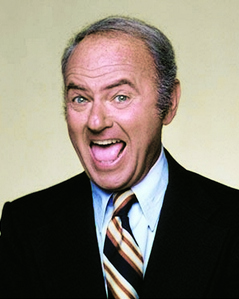 Harvey Herschel Korman (February 15, 1927 – May 29, 2008) was an American comedic actor and voice artist, best known for being a regular cast member on The Carol Burnett Show and for appearing in several Mel Brooks films.

Besides the works listed below, Korman starred in his own self-titled sitcom in the 1977–78 season, and in the short-lived Leo & Liz in Beverly Hills in 1986.

Works he appeared in with their own pages on TV Tropes:

I hope you brought enough for everybody!

I hope you brought enough for everybody!