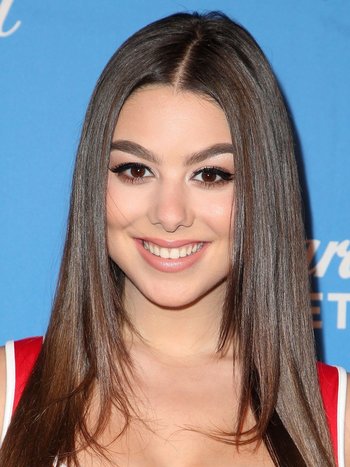 Kira Nicole Kosarin (born October 7, 1997 in Morristown, New Jersey) is an American actress and singer, best known for her role in the hit Nickelodeon sitcom The Thundermans as Phoebe Thunderman. Originally from New Jersey, Kosarin moved to Florida when she was young, where she studied ballet.

After landing the role of Phoebe Thunderman, she became one of Nick's most popular teen stars, having appeared on several of their other programs. She is of Russian-Jewish descent.