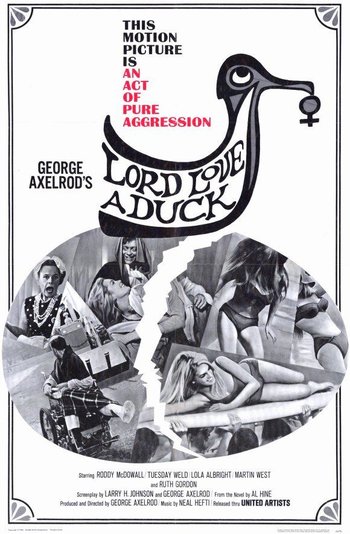 Lord Love a Duck is a 1966 American Black Comedy film directed by George Axelrod and starring Roddy McDowall, Tuesday Weld, Lola Albright, and Ruth Gordon. It was adapted from a novel of the same name by Al Hine.

The plot revolves around the attempts of high school student Alan Musgrave (McDowall) to win the heart of Barbara Ann Green (Weld) by granting her every wish. The film satirizes various elements of the pop culture of its day, particularly "teen" movies.