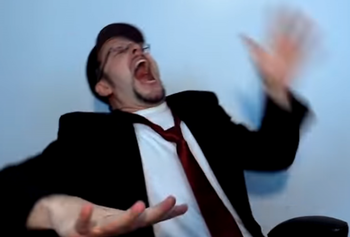 Lady in the Water
Tangled vs. Frozen
Labyrinth
Spawn
Is Goofy Secretly Badass?

Cats And Dogs
Was The Mask Supposed to be Gory?
Phantom of the Opera
How Right Are Trailers?
The Adventures of Pluto Nash
Was That Real? Pinky, Elmyra and the Brain
Batman v Superman: Dawn of Justice
When Are Critics Wrong?
Blade
Is This the Best Batman Movie?
Old vs New: Cinderella
Is White Washing Really Still a Thing?
Spy Kids 3-D: Game Over
Top 11 Disney Princess Conspiracies
Jem and the Holograms (2015)
Was That Real? The Grinch vs. The Cat in the Hat
Scooby-Doo 2: Monsters Unleashed
How True is Amadeus?
Alvin and the Chipmunks
Ghostbusters (2016)
Was That Real? Teddy Ruxpin
Wild Wild West
All the Looney Tunes Films
Is Weird the New Brilliant?
The Third Animated Titanic Movie
Adventures of Rocky and Bullwinkle
[Rhett walks off]
Is Nightmare Before Christmas Really That Great?
Dreamcatcher
Freddy vs. Jason
Teenage Mutant Ninja Turtles: Out of the Shadows
Battle of the Commercials
Disney Sequels We Want
Inspector Gadget Saves Christmas
Top 12 Christmas Commercials
I'll Be Home For Christmas
Rogue One: A Star Wars Story