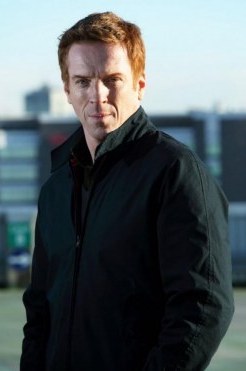 "Dramatically it's always more interesting to conceal rather than reveal things."
Advertisement:

Damian Watcyn Lewis, CBE (born 11 February 1971 in London, England), is an English actor and producer. He is best known for portraying Marine Sergeant Nicholas Brody in the Showtime series Homeland, which earned him an Emmy and a Golden Globe, Soames Forsyte in the ITV remake of The Forsyte Saga, Detective Charlie Crews in the NBC drama Life, and Army Major Richard Winters in the HBO miniseries Band of Brothers. Currently starring in Billions as Bobby Axelrod, a hot-shot hedge fund manager.

He was married to Helen McCrory, with whom he had two children.