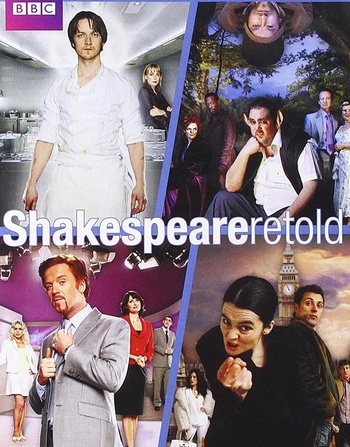 Shakespeare Re-Told is a 2005 British mini-series produced by The BBC.

It consists of four adaptations of William Shakespeare plays. They are updated to the modern day, with modern sensibilities.