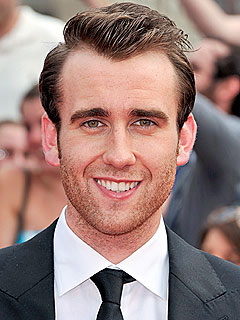 Matthew David Lewis (born 27 June 1989 in Leeds, England) is an English actor best known for playing Neville Longbottom in the Harry Potter series. He had some minor television roles before trying out for Neville. He had been a Harry Potter fan for a while, and liked Neville, so when it came time to audition, he based his performance on Neville. Once he got the part, Matthew Lewis became popular with HP fans, especially as Neville Took a Level in Badass. When he is not playing Neville, Lewis enjoys soccer/football, cricket, and computer games. He is also a frequent sight on the convention circuit.