The main characters of the Hatchetfield saga.

Main Characters of The Guy Who Didn't Like Musicals 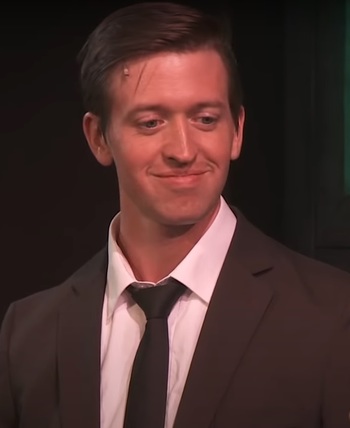 "I don't like musicals. Watching people sing and dance makes me very uncomfortable."

A normal guy whose main defining characteristic is his dislike of musicals.

Played by: Lauren Lopez | Nick Lang (understudy in one performance of The Guy Who Didn't Like Musicals) 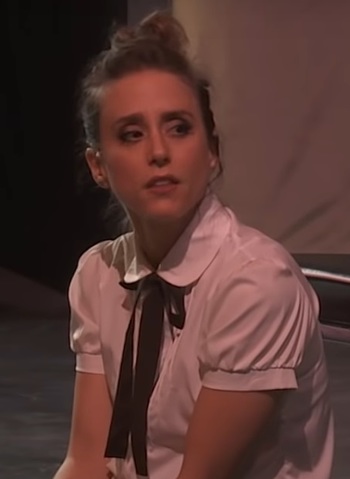 "Yes! I thought I was gonna fucking die... in Hatchetfield! But we're not, Paul! We got out of there, and we're never going back! FUCK YOU, HATCHETFIELD!"

A barista attempting to work her way through community college. Paul's crush. A globetrotter for much of her young adulthood, she stayed in Hatchetfield after the funeral of her sister Jane to try to make something of herself. 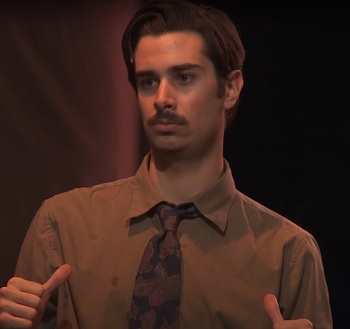 "Well if I'm gonna die, I'm gonna go out doing the thing I love — screwing around with another man's wife."

A self-described "sleazeball". Works with Paul, is screwing around with Charlotte behind her husband's back.

Appears in: The Guy Who Didn't Like Musicals | Black Friday (cameo) | "Time Bastard" 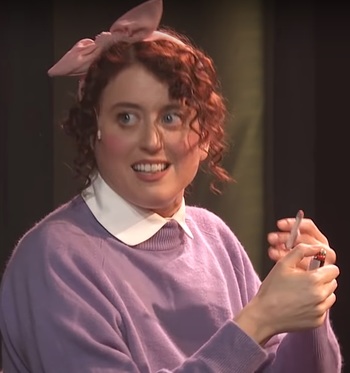 One of Paul's coworkers, who is unhappily married to Sam and cheating on him with Ted. Quiet most of the time. 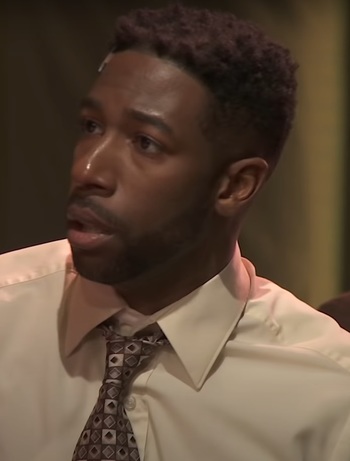 "I'm trying to reconnect with my teenage kid and you're just gonna leave me hanging?"

Paul's best friend, a divorced man who spends most of his time trying to reconnect with his teenage daughter Alice. 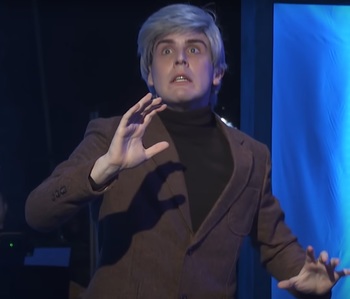 "You don't think I'm ready for you? I've been waiting in the wings. The stage is set! It's showtime!"
Click here to see Professor Hidgens as played by Nick Lang 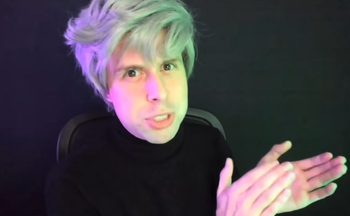 Emma's eccentric biology professor. A doomsday survivalist, he's prepared for a variety of apocalypses, including one involving singing and dancing zombies, which he saw coming thirty years in advance. A lonely man, his closest companion is his Amazon Echo. He is also passionate about musical theatre and hopes to produce his own stage show, Workin' Boys. 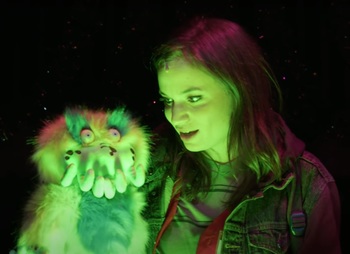 A high school dropout who recently turned 18. Works at Toy Zone, the big toy store in Hatchetfield, and is a notorious delinquent, in and out of juvenile detention in part due to taking the fall for her mother's misdemeanors.

Appears in: Black Friday | "The Witch in the Web" | "Yellow Jacket" 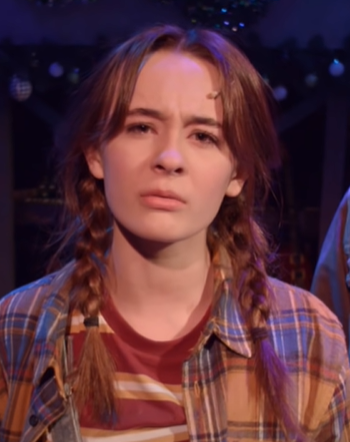 "It's only black in my dreams. In Nightmare Time. Is this Nightmare Time too?"
Click here to see Hannah as played by Lauren Lopez 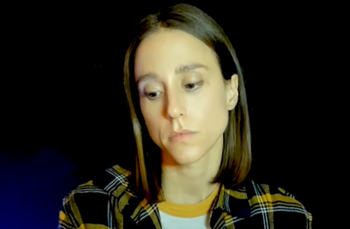 What if tomorrow comes
To break the dawn
And take the night
Away?

Lex's 13-year-old sister, whose welfare motivates most of her actions. She's noted to be quirky and quiet, though Lex insists she's simply "creative."

Mentioned in: "The Hatchetfield Ape-Man" 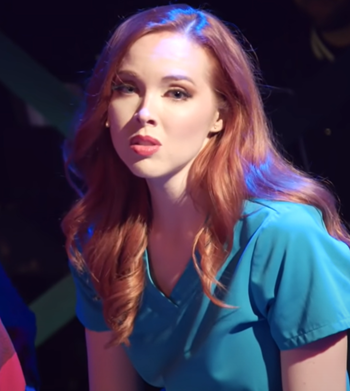 "That's called a bribe, sir, and it's illegal. Or it should be."
Take me back in time to love you
Hold me closer than before
Heal my heart and mend what's broken
To feel you once more

A nurse who works in the pediatric wing of St. Damien's Hospital downtown. In her early 30s and divorced. Having chanced to encounter her recently widowed high school sweetheart Tom Houston, the two have rekindled their relationship.

Played by: Dylan Saunders | Jeff Blim (understudy in one performance of Black Friday) 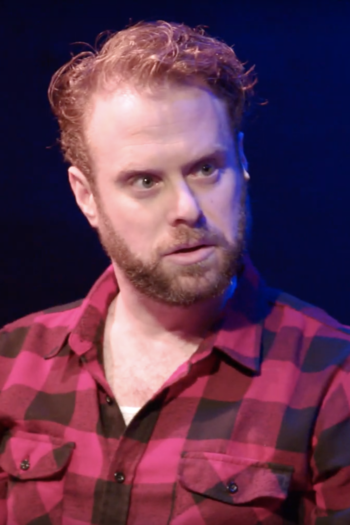 "I do not get flashbacks. I remember bad things vividly."
What Tim wants, Tim will get
Anything that he wants, he can have it
All I need is some time
All I need is a break from the madness

Emma's brother-in-law, suffering PTSD from both his two tours in Iraq as a U.S. Marine and the more recent car crash that claimed the life of his wife Jane. With help from Emma and his old flame Becky Barnes, he is working to reconnect with his son Tim.

Mentioned in: "Jane's a Car" 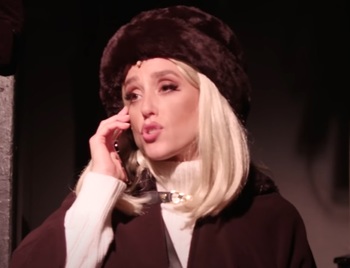 "I hope you don't get a Wiggly. I hope you fucking die."
I demand your love and worship too
If I don't get it I will end you
'Cause I will be adored

A well-known local millionaire and president of the Hatchetfield Boating Society. Most notable for her stint as the prophet of the Cult of Wiggly.

Linda: What? No, I'm not frightened, I'm — I'm annoyed. Because some asshole took my doll, and... and... (bursts into tears) I HAD A HAIR APPOINTMENT TODAY!
Linda: I can win honey queen. But I have to do it my way: destroy them all.''
Gerald: God, I fucking love you.''