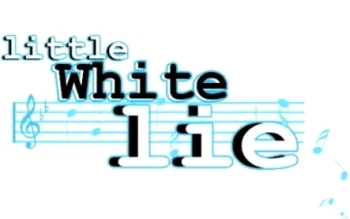 Let's face it, now we're caught in the lie...
"This is the story of how me, Sami Reese, and my brother became rock stars, with very little talent and a whole lot of lies."
— Sami
Advertisement:

) is a musical webseries consisting of 11 episodes that was created in 2007 by Team StarKid, before they were Team StarKid. It did not get very popular until 2009 after the creators found success with A Very Potter Musical.

It was funded by a $20,000 grant from a contest sponsored by Disney for pilot pitches; like many webseries from this era, it was made in hopes of getting picked up by Disney as a full length TV show. It wasn't, the creators gave up on work in mainstream TV, made a stage show parodying Harry Potter in their newfound free time, and the rest is history.

The plot centers around two siblings, Sami and Duder Reese, who long to be rockstars. Unfortunately their musical talent is... limited, and they are the Butt-Monkey of their Battle of the Bands-obsessed school. Sami wants to beat her rival Alpha Bitch Tanya in the next competition so she and Duder search for a third member to liven up the band. They get a response from a shy boy named Kevin but before he properly auditions he is put into a coma by a hit-and-run. Sami and Duder go over to his house later and are shocked to discover that he has written several great songs. Sami steals his work and the band—now named Little White Lie—perform them at the battle. They lose to Tanya (who had bribed the judge) but are offered a chance to record by a local producer.

Drama ensues as Sami and Duder try to keep the truth behind their songs a secret while facing sudden popularity. Tanya jealously begins to go after Sami as she is stealing not only her popularity but her boyfriend, Toby, and searches for information about Kevin.