"The Hatchetfield Ape-Man and Watcher World" is the first episode of Nightmare Time's first season, livestreamed and released on YouTube on October 10, 2020.

As with all Nightmare Time episodes, it's a Double Feature, consisting of two stories: 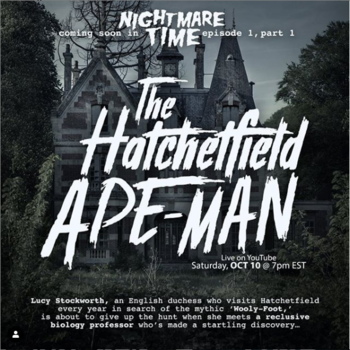 "He's a real nice guy that could rip off your face!"

Lucy Stockworth, an English Duchess who visits Hatchetfield every year in search of the mysterious "Wooly-Foot," is about to give up the hunt when she meets a reclusive biology professor who's made a startling discovery... 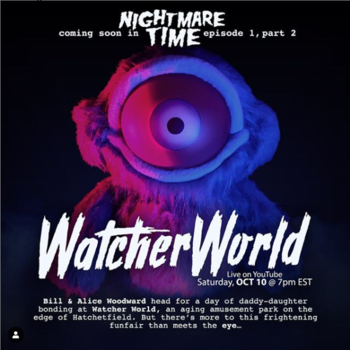 Bill and Alice Woodward head for a day of daddy-daughter bonding at Watcher World, an aging amusement park on the edge of Hatchetfield. But there's more to this frightening funfair than meets the eye...