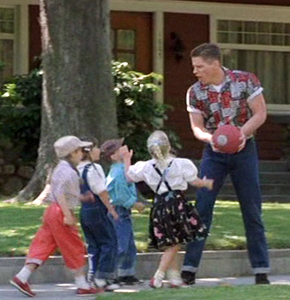 "Is this your ball? Do you want it back?"

[throws ball on house's roof]
GO GET IT! Hahahaha!