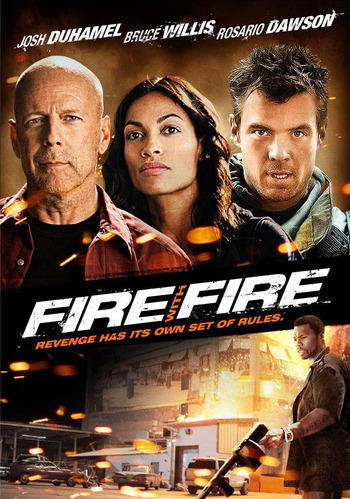 "Revenge has its own set of rules."
Advertisement:

A gang of California neo-Nazis are captured for a double murder they committed after being identified by a firefighter named Jeremy Coleman (Duhamel), who witnessed the whole ordeal. Coleman is placed in Witness Protection, but when the Nazis' leader is released before trial and threatens his life, he's forced to take desperate action.

Not to be confused with the 1986 romantic drama of the same title.