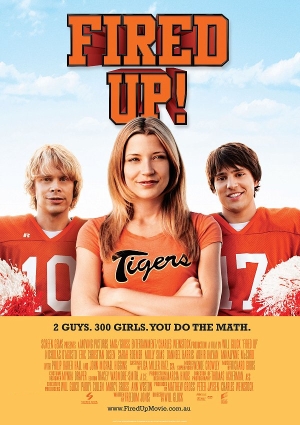 Fired Up is a 2009 film about two football stars who decide to get into a cheerleading squad, in order to attend a cheering camp to hook up with as many girls as they can and leave before the camp-end competition. Then one of them falls for the squad captain and the other for a camp instructor, and they decide to stay, but get caught and expelled, and have to work around a way to get back into the camp.