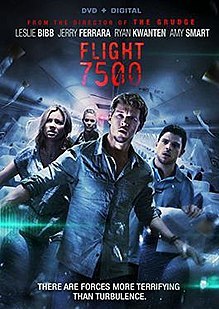 Flight 7500 is a supernatural horror movie directed by Takashi Shimizu.

The movie follows the passengers and crew of Flight 7500, a flight where strange occurrences take place after a man holding a mysterious box suddenly dies on the flight.