Film / Beyond the Lights 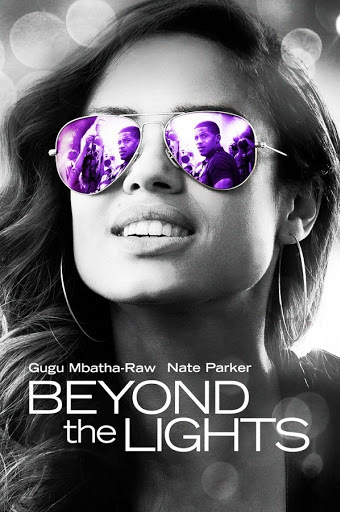 Beyond the Lights is a 2014 romantic drama directed by Gina Prince-Bythewood starring Gugu Mbatha Raw, Minnie Driver and Nate Parker.

The story begins with Noni Jean (Mbatha-Raw), a rising British R&B-pop sensation, depressed and struggling to cope with the pressures of fame and her domineering Stage Mom (Driver). Unable to bear it any longer, she attempts to commit suicide by jumping off her balcony. She is saved by her bodyguard for the night, Officer Kaz Nicol (Parker), and the two quickly begin to fall for each other. The film follows their budding relationship in the few weeks before Noni's debut album is released.