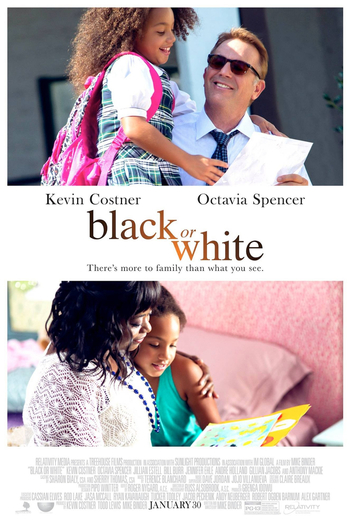 Elliot Anderson (Costner) is the grandfather of a bi-racial little girl, Eloise (Jillian Estell). Eloise is the daughter of Elliot's own teenage daughter, who died in childbirth, and an older black man and drug addict named Reggie (Andre Holland). Elliot drinks to numb the pain of having lost both his daughter and his wife, who's just died in a car crash at the beginning of the movie. Despite this, he makes a very comfortable living, is not physically or emotionally abusive to Eloise, lives in a nice house in a safe neighborhood, and loves Eloise with all his heart.

The plot kicks off when Eloise's paternal grandmother, Rowena (Spencer), files for shared custody of Eloise after the death of Elliot's wife. She then challenges Elliot for full custody because she believes him to be racist. The rest of the movie is both sides trying to come to terms with the situation and, ultimately, what situation would truly be best for Eloise in the midst of the racially-charged custody battle.