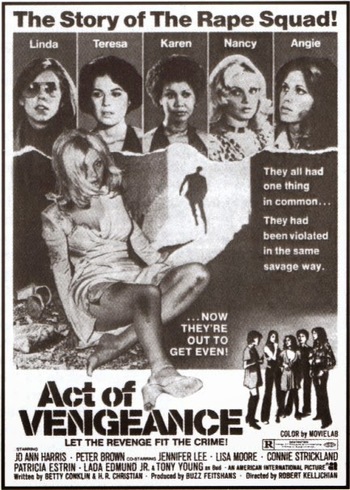 A group of women who have all been attacked by the same serial hockey mask-wearing rapist get no help from the police. So they band together to form a vigilante group called "The Rape Squad" and set about going after the local scum.

Tropes in Act of Vengeance include: