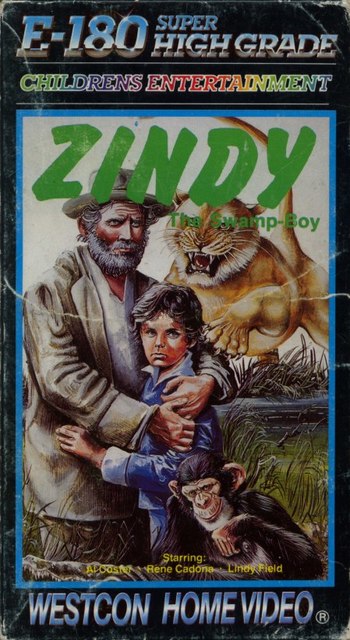 "Children's Entertainment" for a certain value of "children". And "entertainment".
"This movie's a love letter to all of us who've kidnapped our grandchildren and forced them to live in rustic seclusion with few provisions and countless ways to be mutilated or poisoned."
— Kevin Murphy
Advertisement:

Somewhere in Latin America, a village doctor flees into the wilderness with his grandson Zindy after killing a local big-shot who had murdered the boy's parents. For nine years they live together in the swamp, trapping crocodiles and cohabiting with a wry chimpanzee. Eventually the old man decides to turn himself into the authorities so that Zindy can return to civilization and inherit the family property. But things don't quite work out as planned.