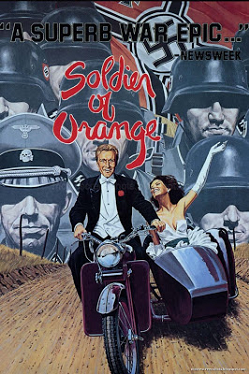 Directed by Paul Verhoeven and starring Rutger Hauer, it is an adaptation of the 1970 memoirs of Dutch war veteran and resistance fighter Erik Hazelhoff Roelfzema. In pre-war Holland, five friends toast to the future. When the Netherlands is invaded by Germany, they each go their separate ways as some join the resistance and others try to quietly cope with the occupation.