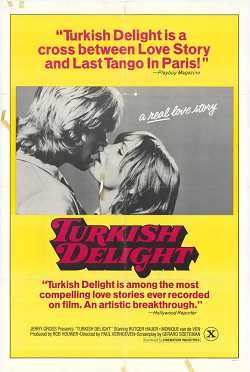 Turkish Delight is seen as one of the most important Dutch films of all time and was voted to be the "Best Dutch film ever" during a 1999 Dutch poll by the Netherlands Film Festival. In 1973 it was nominated for an Academy Award for "Best Foreign Language Film", but lost to Day for Night by François Truffaut.