Film / Mulan: Rise of a Warrior 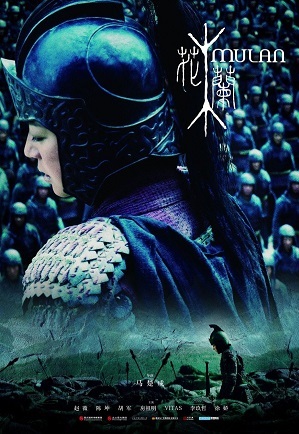 Mulan: Rise of a Warrior is a 2009 Chinese film starring Zhao Wei as legendary heroine Hua Mulan. The Rouran tribes are invading Imperial China, so every family in Wei receives a conscription order requiring one male from each household to serve in the army. Hua Mulan (Zhao Wei) has no brothers, but she doesn't want her aging and sick veteran father (Yu Rong-guang) to go to war again, so she steals his sword and armor, and goes in his place, disguised as a man.

Mulan rises through the ranks of the army, alongside her commanding officer Wentai. Meanwhile, the Rouran prince Mengdu plots to lead his tribes from the north to the fertile areas of Wei.

It was released in the West on a Bluray/DVD Combo Pack by Funimation in 2013.