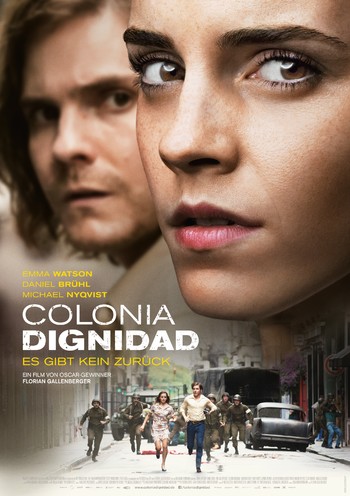 The Colony is a 2016 co-production historical film directed by Florian Gallenberger and starring Emma Watson, Daniel Brühl and Michael Nyqvist.

It is about the torture of political prisoners at Colonia Dignidad, Chile, in The '70s during Augusto Pinochet's dictatorship.