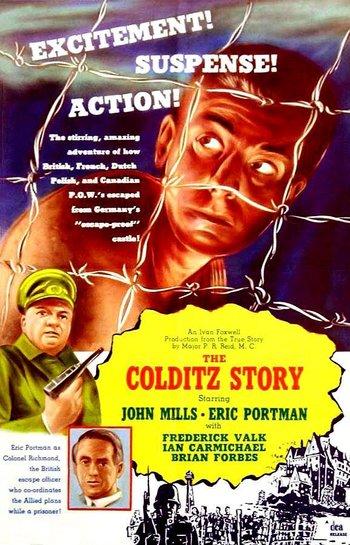 The Colditz Story is a 1955 British war film and directed by Guy Hamilton and starring John Mills and Eric Portman. It is based on the book of the same name written by Pat Reid, a British army officer who was imprisoned in Colditz Castle in Germany during World War II.

During World War II, the Germans transformed Colditz Castle into a high security POW camp to restrain Allied prisoners who had attempted to escape from other camps, and as a result, Colditz housed various nationalities who nonetheless attempted to escape the castle, among them being the British prisoners Pat Reid (Mills) and Senior British Officer Colonel Richmond (Portman).

The same book this film was based on also served as inspiration for the '70s TV series Colditz.