Below are the characters featured in the six-episode web series Don't Hug Me I'm Scared, as well as the short film of the same name.

WARNING: Since these videos rely on shock value, expect spoilers for all the episodes, although the plot-related spoilers for the last three episodes will be marked.

In General
The three main characters of the series.
Red Guy 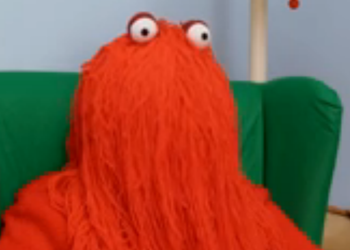 "I wonder what will happen."
The only one of the main characters played by someone in a costume. He speaks in a dry monotone, never sounding surprised by any of the crazy, horrifying things that happen to him or his friends. Still, he does voice the most concern.
Duck Guy 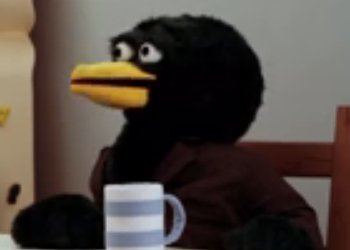 "Maybe time's just a construct of human perception!"
A well-dressed dark-green bird. He's a generally chipper fellow, and seems to be mostly oblivious to the dangers that he and his friends face.
Yellow Guy 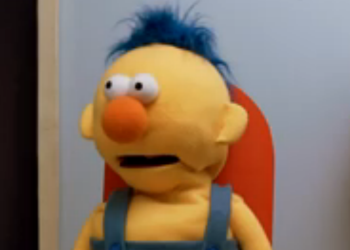 "I might paint a picture of a clown!"
A yellow-skinned puppet with overalls and blue hair. He's the dimmest of the three, and gets into the most trouble, whether by his own fault or not.
Advertisement:

In General
The antagonists of the series.
Sketchbook 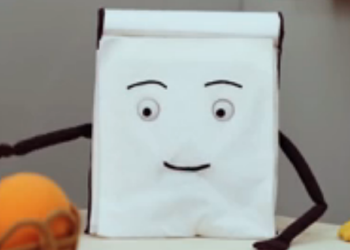 "What's your favorite idea? Mine is being creative!"
A talking sketchbook with the voice of a young woman (Or maybe a little boy). They teach the trio about creativity, only for things to spiral out of control.
Tony the Talking Clock 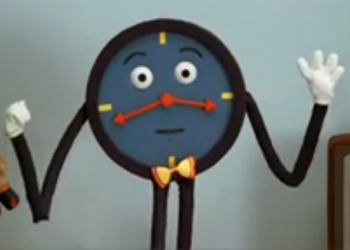 "There's always time for a song."
A clock that teaches the trio about the concept and importance of time, and he does this rather forcefully.
Shrignold and the Love Cult 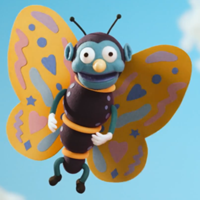 "It makes you sad, doesn't it? That there's so much hatred in the world."
A group of puppets, mostly woodland creatures, led by a talking butterfly, who teach the Yellow Guy about love. They include Shrignold the butterfly, Rabbit Boy, a unicorn, a tree, Frog Boy, some flowers, and a gopher.
Advertisement:
Colin the Computer 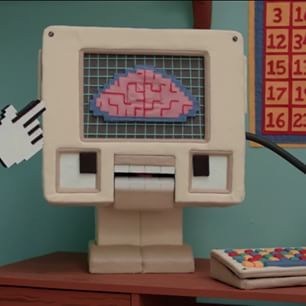 "I'm a computer! I'm a computer-y guy! Everything made out of buttons and wires!"
A talking computer that is supposed to teach the puppet trio about the world.
The Healthy Band 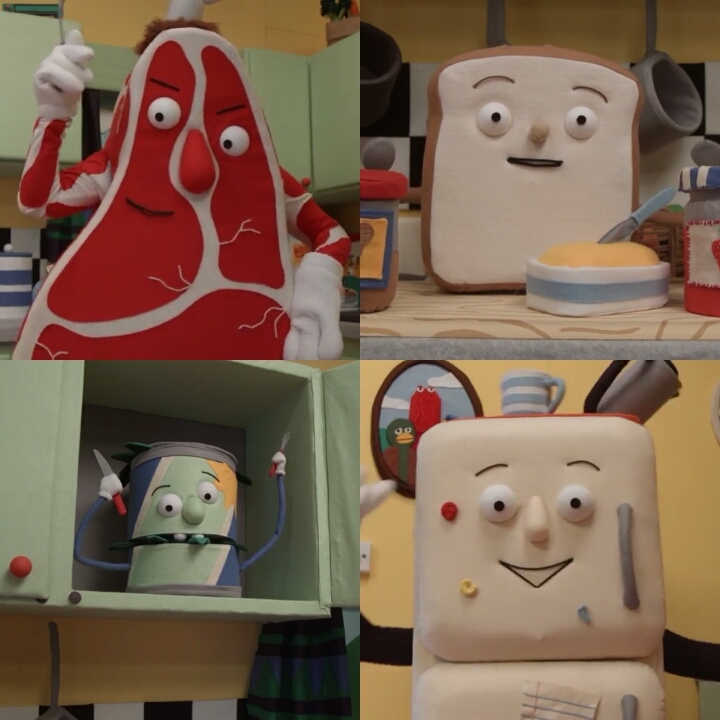 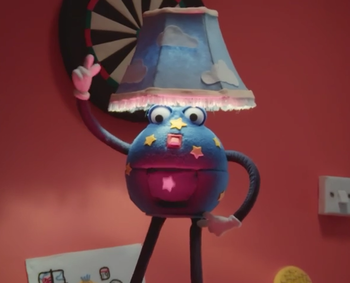 "Oh! Looks like somebody's having a bad dream!"
Appears briefly in the sixth installment to teach Yellow Guy about dreams. This time, Yellow Guy refuses to listen. 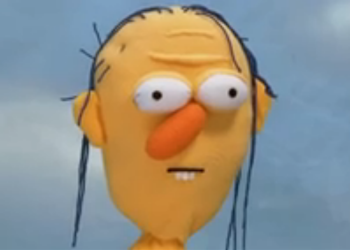 "..."
Yellow Guy's father, an incredibly sketchy man who does not speak. He only breathes loudly.
Money Man 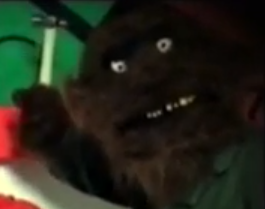 "MONEY! MONEY MONEY MONEY!"
"The big bad MON£Y man", he is the captor of the puppets in the Kickstarter promo campaign. He's the most actively aggressive character the puppets face, outright threatening them with violence with no buildup to it.
Michael 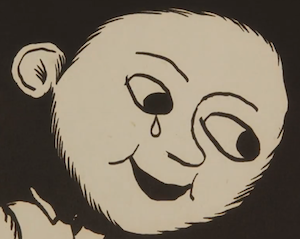 "The Ugliest Boy in Town"
The main character of a story told to Yellow Guy in order to convince him that everybody has a special one. Problem is, his life goes completely against that message.
Malcolm 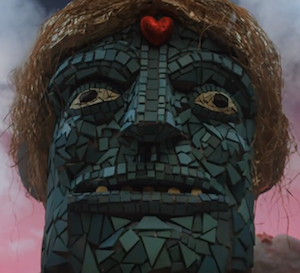 "We must feed him. We must feed him gravel! Or he becomes angry..."
Malcolm is the God of the Love Cult. He is a giant stone head who can only move his jaw.
Gilbert the Globe

A Globe that wants to tell the puppets about the World. Presumably.
Spoiler Characters

The googly-eyed studio crew that make brief appearances throughout the series. Later accompanied by two puppeteers, one in a white body-suit and one in a black body-suit.

Giant Cans with yellow faces and open mouths. They appear in Episode 5, where they are eating the guts of the Duck Guy.

After leaving the fuzzy felt "world" of the other puppets, Red Guy takes up residence in a society of identical Red Guys. He finds, however, that he doesn't quite fit in with his kin.

In the sixth episode, Red Guy winds up tampering with a console, summoning some of the old teachers and a variety of random teachers based on inanimate objects. This includes a model of the solar system, a football, a magnet, a shovel, a saxophone, a file, a stoplight, a gel jar, a cigarette, and a boom box.

The Key to the City / Mean Steve
The supposed "Key to the City". He guides Duck Guy into becoming the new mayor of Clay Hill. He slowly brainwashes Duck Guy into becoming a crazy Control Freak and secretly seizes control over the town.
Mayor Pigface
The original mayor of Clay Hill, whom is mysteriously missing from town.
The Fizzy Milk Jug
A supposed cool, punk rebel that Yellow Guy begins to follow.
Big Ian
One of the trio's neighbors.
Mrs. Grenald
Another citizen of Clay Hill. She seems to like baking cakes and pies.

Alternative Title(s): This Is It