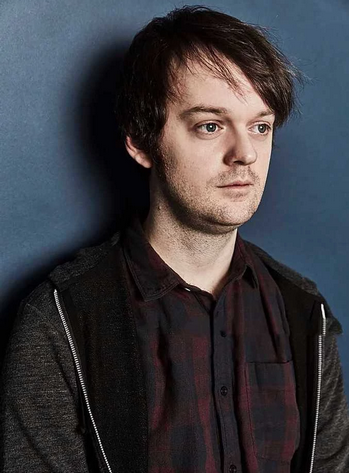 David John Firth (born 23 January 1983) is an English animator and writer, who got his start as an animator on Newgrounds with the use of Adobe Flash. Since the demise of Flash, David moved to After Effects. Firth is best known for his surreal webseries Salad Fingers, alongside Burnt Face Man.
Advertisement:

On the side he's also a musician, playing a mixture of indie, folk and psychedelic rock in the band Grape Digging Sharon Fruits, playing harder, Post-Rock-ish material as I'm the Manager, or releasing electronic and lo-fi solo material under the handles Locust Toybox and Stegosaurus Trap respectively. Firth also directed the music video for Flying Lotus' single "Ready Err Not," which premiered on Adult Swim in Halloween 2014.