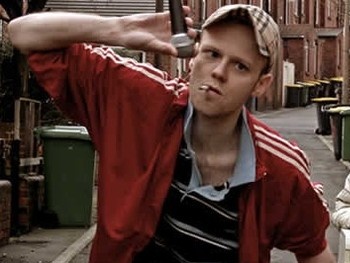 Devvo is a British Internet series by Salad Fingers creator David Firth which has also been shown on television. Shot in Mockumentary/Day in the Life style, Devvo follows its titular character (real name: "Darren Devonshire"), an unemployed chav from Hull, as he buys alcohol, breaks into a car, tries to sell a bus ticket, and generally gets into trouble.

Although meant as a comedy, a great many confuse it for an actual documentary, and his satirical rap group, who perform songs such as "Crystal Meffin," have a surprising number of unironic fans.