Web Video / The Devil Inside 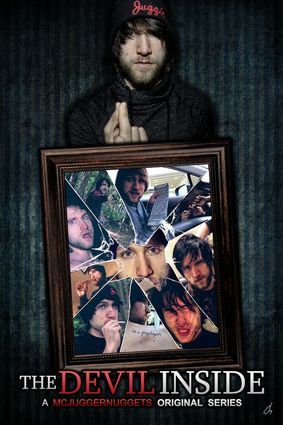 You cannot stop The Devil Inside.
Advertisement:

The Devil Inside is a series by McJuggerNuggets (best known for the Psycho Series), which is followed up from the Snapper series, in which Jesse snaps into several different characters. In this series, Jesse has snapped into a character who is the main manifestation of his depression from the end of the Psycho Series, and he indulges his sorrows in drugs, pranks, and other dangerous behaviors. All the while, the Ridgway family and Parker are concerned for him, as they still believe he is Jesse— until the video "my life is falling apart", that is.

The playlist can be found for this series here.

No relation with the 2012 found-footage film of the same name. Or with the Survival Horror game from 2000, for that matter.

"You ready for some FUN TROPES?"