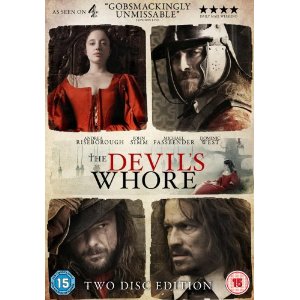 A British TV series set in the 17th century, revolving around the character of Lady Angelica Fanshawe.

The Devil's Whore is based on events occurring in the English Civil Wars. It features such historical domain characters as Oliver Cromwell, Prince Rupert, Charles I, Edward Sexby and Thomas Rainsborough.

The series was attacked for perceived historical inaccuracies and (heresy!) filming the English countryside in South Africa. Many people consider it very good, though, and the historical side of things is fairly accurate.