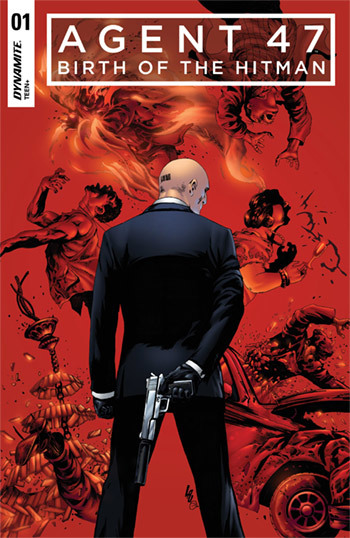 20% discount if the target is a jerk.
"They don't advertise for killers in a newspaper. That was my profession."
— Rick Deckard, Blade Runner
Advertisement:

While soldiers, mercenaries, Private Military Contractors, snipers, or professional terrorists typically have to kill someone to accomplish their mission, that mission typically involves something other than just killing — protecting a VIP, destroying or capturing an objective, spreading fear amongst the local population, etc. A Professional Killer's job typically is to kill one specific person, and nothing else.

A wide range of colorful characters can become drawn to the trade of killing for cash. Some might be Wicked Cultured and tend to wear nice suits. Others might be psychotic killers who are more drawn to the carnage and combat than the money. Some might be Punch Clock Villains who pull shifts at Murder, Inc. or belong to a Weird Trade Union to pay the bills. They might be a Consummate Professional or a snarky jerk. A Hitman with a Heart might follow a code of honor, such as not harming women, children or innocents. Sometimes, they might be raised from birth just for killing marks, or even one mark, in their entire life. If they live in the past, they might be a Ninja or a Hashshashin. Whatever their style or personality, their employers are typically only interested in the results.

See Assassin Outclassin' for when the Professional Killer fails drastically, Murder, Inc. for when a group of professional killers form a guild, and Assassination Sidequest for a type of sidequest that requires you to kill a specific target stealthily. If whoever hired the hit man decides to eliminate him, you have Contract on the Hitman. If a contract is open to whoever manages the hit first, then they're also Bounty Hunters — although some bounties require live delivery and are not this trope.