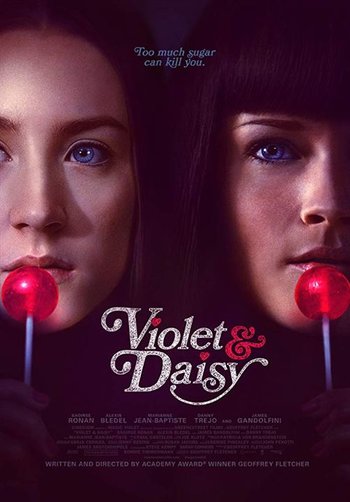 Violet & Daisy is a comedy/crime/drama film directed by Geoffrey Shawn Fletcher. It was first screened at the Toronto Film Festival, then released in 2013.

It is about two young female assassins, Violet (Alexis Bledel) and Daisy (Saoirse Ronan). While they do kill people for a living, the pair have a disarming youthful innocence that keeps them from seeming wrong in their actions. After the pair take a contract, they find their target difficult to kill because of his kindness and charm.