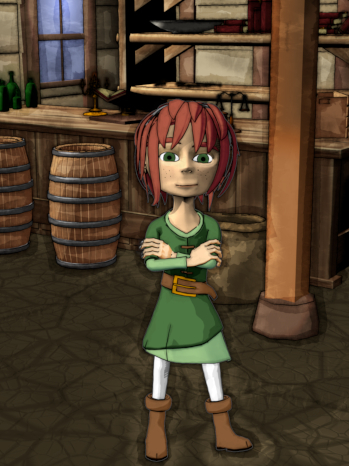 Anna Dreschner, Ashface's daughter and apprentice of The Master
Advertisement:

is a fantasy webcomic centering on the snarky, sarcastic, and precocious daughter of the assassin Ashface and her life in a village full of monsters, necromancers, and the undead. The story takes off when the shop she's taking care of is held up by a couple of bandits (who are quite easily and quickly sent packing) which leads both her and the village to be caught up in a coming imperial war of succession.