Literature / Guardians of the Flame 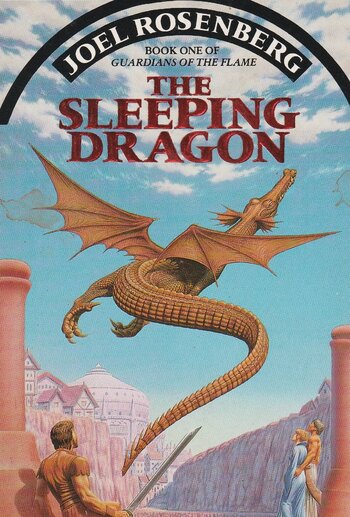 Cover of book one, The Sleeping Dragon
Guardians of the Flame is a fantasy series by Joel Rosenberg about a group of roleplaying college students who abruptly find themselves inside the world of their game, in the bodies of their characters. The first book, The Sleeping Dragon, depicts their attempt to return to Earth, and their later commitment to return. Theater student/huge fighter Karl Cullinane vows to end slavery in his new home and persuades his friends to join the crusade. The remainder of the series follows his efforts, and later those of his son Jason.
Advertisement:

In total, the books are as follows: