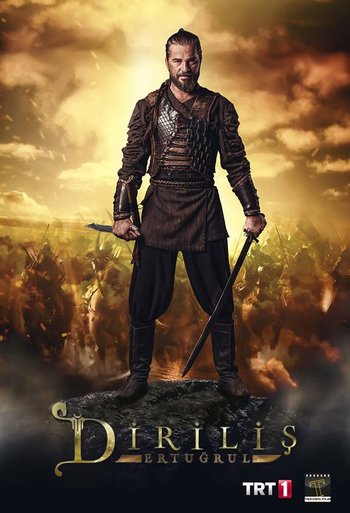 Recounting the life and trials of Kayi Clan warrior Ertugrul Ghazi, Resurrection: Ertugrul is a Turkish historical drama produced by Tekden Film from 2014-2019. Set during the 1200’s, the series begins with the titular figure and a handful of his men going out for a hunt, awaiting his promotion to Head-Alp from his father, Kayi chieftain Suleyman Shah.

As Ertugrul and a handful of his friends embark on the hunt, they are thrust into a conflict with a legion of Knights Templar holding a father and his two children captive. One of the captives, a girl named Halime, thanks Ertugrul for eliminating her captors and decides to stay with Ertugrul in his tribe. Alas, Halime’s presence in the Kayi clan leads to commotion both within the camp and outside, landing Ertugrul in the midst of a tumultuous conflict as he tries to secure a new patch of land for his people to migrate to.

A sequel series titled Kurulus Osman , revolving around the struggle of Ertugrul’s son Osman Ghazi as he grows up to become the founder of the Ottoman Empire, is currently airing.

All five seasons are available for viewing on Netflix.

Tropes included in this series in general:

Tropes included in season one: