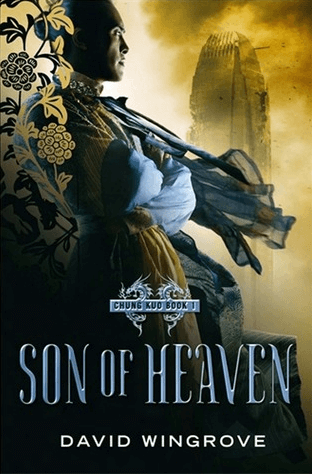 The first entry in the series
Advertisement:

A science-fiction series by Hugo Award-winning author David Wingrove, where Earth in the 22nd century is in the iron grip of a Chinese empire run by the Seven T'ang. This world is called the Chung Kuo, the Middle Kingdom. Mankind's 36 billion people live in one vast City, which is actually seven cities: City Europe, City West Asia, City East Asia, City Africa, and so on. The lowest city levels, called the Net, are cut off and run by Triad mafia. Famine and poverty loom in the near future, while a group of wealthy Hung Mao (whites) in Europe plan to bring Change back to the world. The result is a back-and-forth war of assassinations that increasingly weakens the City financially and politically. And that is only the beginning.

The series is known for being a rich and complex vision of a Byzantine future where no sides are completely good or bad; for having a long list of characters on both sides of the conflict; and for its graphic descriptions of both sex and violence. It was reissued from 2010 to 2014 including two new prequels and a plan for a total of twenty volumes. After The White Mountain was published as volume 8, however, the publishers stated

that poor sales were the reason for releasing no more. In 2017 the series was relaunched with a new publisher, Fragile Books (owned by Wingrove and Susan Oudot), and book 9, Monsters of the Deep, was released on 19 October 2017. Wingrove has issued short stories on the website Of Gifts and Stones