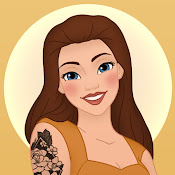 TheNamelessDoll is a Swedish film student and fan-artist primarily known for Disney fanvideos. Her YouTube channel began as a way to improve her film and storytelling skills, but her works have garnered a fanbase of their own.

To Belong is a Massive Multiplayer Crossover series of Transplanted Character Fic videos. They take place in a universe where everyone has animorphism powers. TheNamelessDoll is attempting to make an Animated Adaptation of the videos using new names and designs for everyone.

Video with their own pages are:

and her Tumblr here

where she posts behind-the-scenes videos.

This creator's works provide example of: