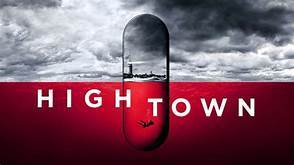 In Cape Cod, Massachusetts, Jackie Quiñones, an agent of the US National Marine Fisheries Service, stumbles upon a young woman's murdered body on the beach. She grows obsessed with solving the murder while struggling at the same time with her addictions to alcohol and drugs. While on the trail, she's led closer to the criminal syndicate which ordered the murder and controls the local drug trade. Along with her are Junior, a friend of Jackie's and fellow addict who gets drawn into the same syndicate's employ. Detective Ray Abruzzo joins Jackie in her quest, who's certain his nemesis Frankie Cuevas Sr., an imprisoned drug kingpin, is the mastermind. However, Cuevas and his hitman Osito are intent on stopping them.