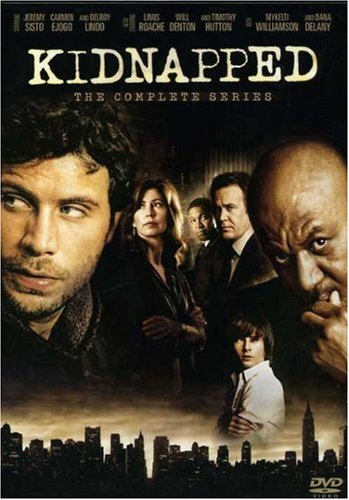 A short-lived Cop Show that aired on NBC for part of one season in 2006. Created by Jason Smilovic, a screenwriter best known for the film Lucky Number Slevin, and executive produced by David Greenwalt of Profit fame, the series lasted just five episodes before being canceled, with the remaining eight episodes eventually broadcast online.

The series follows the investigation into the kidnapping of fifteen-year-old Leopold Cain (Will Denton), the son of Wall Street billionaire Conrad Cain (Timothy Hutton) and his oil heiress wife Ellie (Dana Delany). Because the kidnappers demand that the police not be called in, the Cains instead turn to the mysterious Knapp (Jeremy Sisto), a shady "retrieval expert," and his assistant Turner (Carmen Ejogo), to help rescue their son.

The FBI is soon involved anyway, however, as it is revealed that Leopold's bodyguard Virgil (Mykelti Williamson), who was critically wounded in his abduction, is the brother-in-law of Special Agent Latimer King (Delroy Lindo), the head of the Bureau's anti-kidnapping squad. With sidekick Agent Archer (Linus Roache) and rookie Agent Atkins (Michael Mosley) in tow, King sets up shop in the Cain's apartment and gets to work.

Meanwhile, Leopold finds himself chained to a bed and watched over by a pair of goons, the violent sociopath Bellows (Robert John Burke) and the kindly Otto (Otto Sanchez). The resourceful Leopold quickly escapes, only to discover that his captors have spirited him to Mexico. Although recaptured, he redoubles his attempts to escape.

As the series unfolds, it becomes clear that this is no simple criminal gang out to make a quick buck, nor is money even the motivation, as the abduction is eventually revealed to be the work of an international criminal conspiracy of incredible complexity, dedicated to one proposition: the utter destruction of the Cain family.

Not to be confused with the short-lived MTV game show or the adventure novel by Robert Louis Stevenson.

"You listen to me now, kid! RUN! RUN FOR YOUR LIFE!