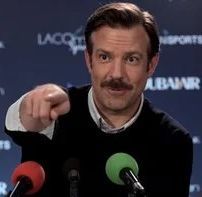 Ted is an American football coach who is recruited to be the manager of a Premier League soccer team AFC Richmond, despite having no experience with Association Football whatsoever. He turns out to be far from just another bumbling foreigner, but what's even more disarming is his ridiculous niceness, and he slowly earns the love and admiration of his new team.
Advertisement:
Rebecca Welton
Played by: Hannah Waddingham 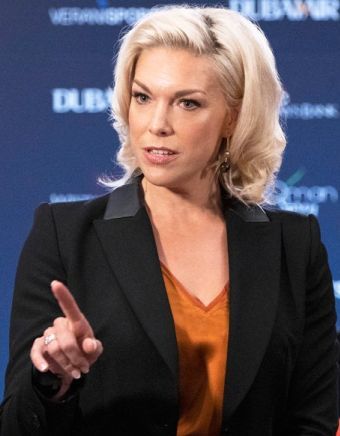 Owner of AFC Richmond after an acrimonious divorce from her terrible ex-husband, Rupert.
Leslie Higgins
Played by: Jeremy Swift 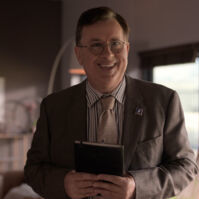 The team's Director of Operations and Rebecca's right-hand man, the only one who knows that she's trying to bring Richmond down.
Jamie Tartt
Played by: Phil Dunster 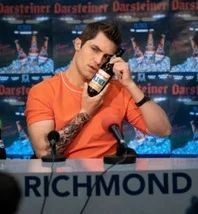 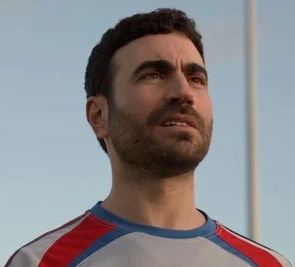 The Captain of AFC Richmond when Ted arrives. A once-legendary midfielder who's in the twilight of his career, which eventually ends due to age and injury. He joins Richmond's coaching staff in Season 2. 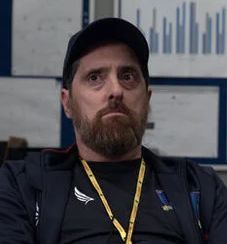 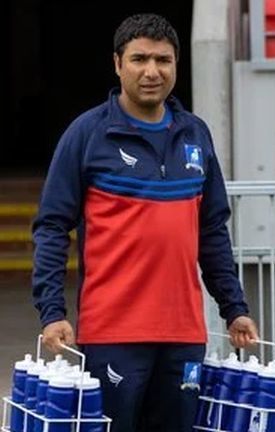 Kit manager of AFC Richmond who is a soccer genius. Later is promoted to be the Junior Coach underneath Ted and Coach Beard.
Dr. Sharon Fieldstone
Played by: Sarah Niles
A sports psychologist the team hires in Season 2 following Dani's traumatic penalty incident.
Keeley Jones
Portrayed By: Juno Temple 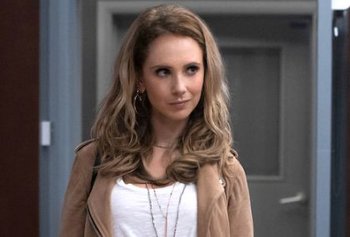 A model who is dating Jamie Tartt at the beginning of the series. Rebecca later hires her to help with the team's Public Relations.

Like a Renaissance painting portraying Masculine Melancholy
Tropes that apply to the players as a whole:
Sam Obisanya
Played by: Toheeb Jimoh 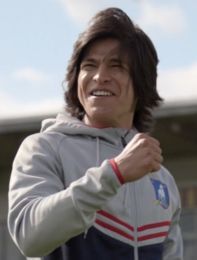 A Mexican striker who has recently recovered from a pre-season injury, Dani is one of Richmond's best players. 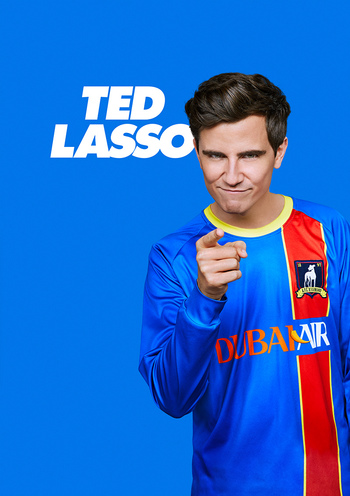 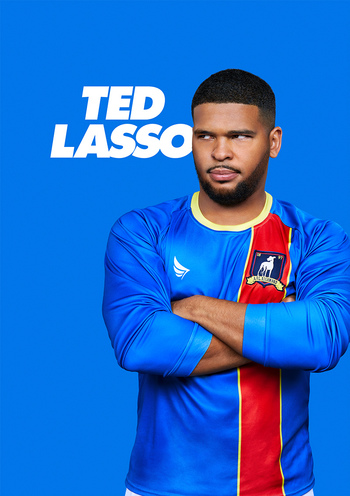 A player for AFC Richmond who Roy eventually makes his vice-captain.

Richmond's newest player in Season 2. He's from the Netherlands.

Will Kitman
Played by: Charlie Hiscock
Nate's replacement as the kit manager following his promotion to coach. 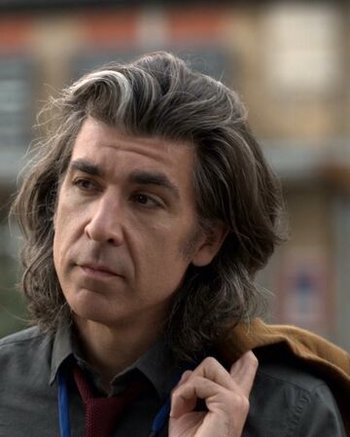 A reporter for The Independent who is skeptical of Ted's qualifications and approach. 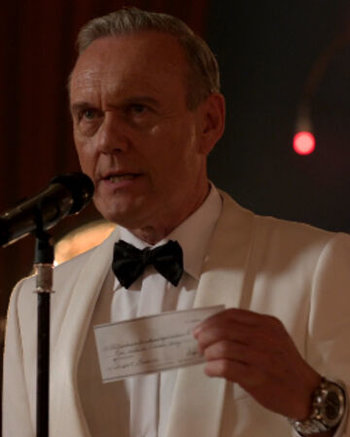 Landlady of The Crown & Anchor, a pub in the vicinity of AFC Richmond favored by fans and team members.

A group of Richmond fans who are dismayed by Ted Lasso's leadership.

A schoolgirl who makes an immediate impression on Ted with her football skills.

Rebecca's childhood best friend, who has a one-night stand with Ted.

Roy's young niece (the daughter of Roy's sister), whom he frequently spends time with while her mum is working.

Former AFC Richmond manager, whom Rebecca fired and replaced with Ted in the first episode. Season 2 sees him return as a pundit on Soccer Saturday.

Jamie's father, who walked out on his family when Jamie was a toddler and later forced himself back into his life when his talent became apparent.

Nora
Played By: Kiki May

A Ghanaian billionaire who buys Raja Casablanca and tries to convince Sam to sign with the team.