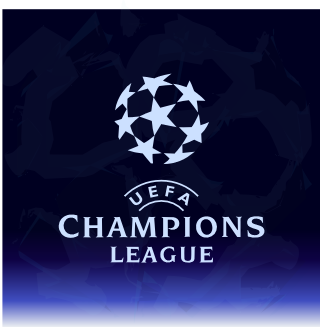 The UEFA Champions League is the most important club-based football competition in Europe, and acts as the European counterpart to South America's Copa Libertadores (or actually the other way around, since the European Champions Cup - as the CL used to be known until 1992 - predates the Libertadores by four years).note Other football confederations have their own versions, like the CONCACAF Champions League (formerly the Champions' Cup) for North and Central America; in fact, the Libertadores is currently the only top continental competition which isn't branded "Champions League" It's a championship between the most successful clubs of Europe which has been held yearly since 1955. Although the clubs disputing this title are all European, they have in their squads some of the best players from all parts of the world. As a result, it is usually regarded as the elite club competition in the world and any player who thinks they're anyone aspires to play in the Champions League.

The tournament has many stages: three knockout qualifying rounds and a play-off round, then a group stage, then the the final knockout phase. Not all teams have to pass through all those phases, though; the top teams from the top leagues (basically those covered in more detail in the Euro Footy article) don't have to pass through the qualifying rounds, starting either at the third qualifying round or getting a bye straight to the group stage depending on their placement in their national leagues (simply put, the better your league and the higher you place on it, the more stages you can skip). The group stage consists of eight groups of four teams (32 clubs in total), each team playing the others in home and away matches with the two top advancing to the knockout phase. Knockout is mostly two-legged matches as well, the exception being the final, which is held at a pre-determined location; this has caused a few stirs over the years when two teams from the same nation have made the final, and relocating the venue there would make more sense.

For those who get the chance to compete in it, it offers huge amounts of prize money and TV exposure and is the pinnacle of European club competitions. It showcases some of the finest football in the continent and generally some of the most epic games you could ask for. The competition has been dominated mostly by English, Italian and Spanish teams since its start, with Real Madrid having won it a record thirteen times in their history (including the first 5 finals); however, clubs in France, Germany, the Netherlands and numerous other teams have lifted the prestigious trophy at times.

It ranks as one of the most popular sporting events in the world; the final of the competition is on par with the Super Bowl in that both events can draw in over 100 million spectators each year. It's easily one of the most important dates in a football fan's calendar.