Characters that wield/have wielded a Symphogear 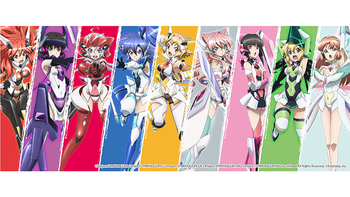 In a world where the general populace (and even the army) are helpless against the Noise, these girls get down to business kicking their asses and singing cool leitmotifs while they're at it. 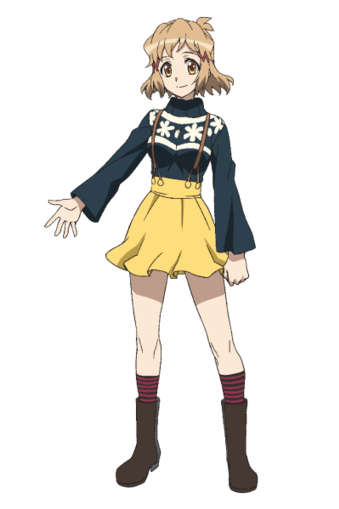 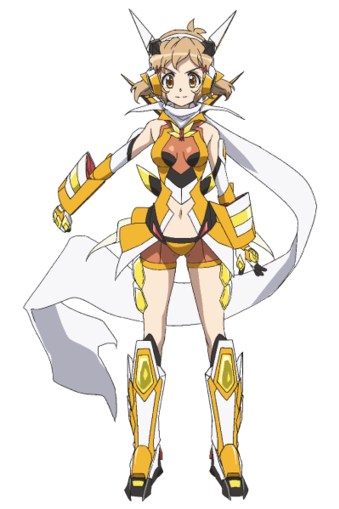 A teenager with the ability to summon a Symphogear, which she gained from fragments of the Third Relic, Gungnir, that became lodged in her chest after being caught in the crossfire of a Noise attack. Hibiki's control over her relic is too weak to summon an "armed gear", so instead she focuses her energy onto physical attacks. 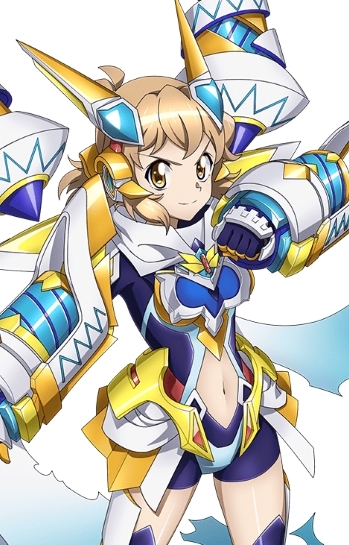 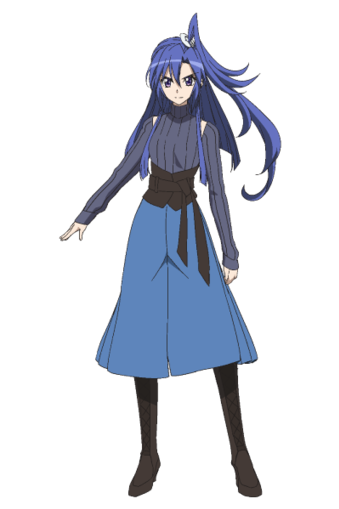 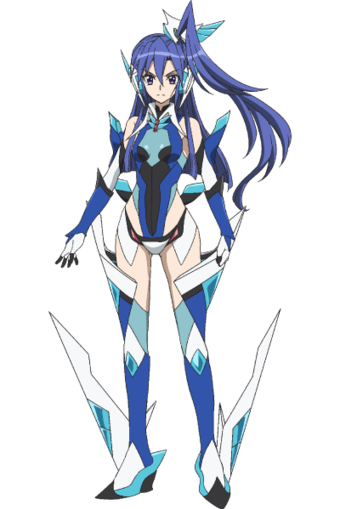 A veteran Symphogear and former partner of Kanade in ZweiWing. Initially shy and passive, her disposition changes severely after Kanade's death, causing her to fall into despair and question whether her emotions should impede her performance as a Symphogear or if she should accept Hibiki as her new partner. Her Symphogear is the First Relic, Ame-no-Habakiri, a massive Nodachi that can be split into multiple swords. 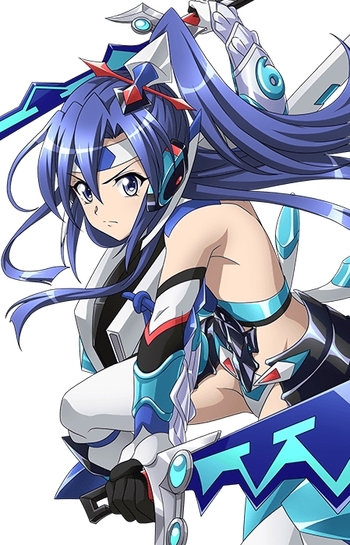 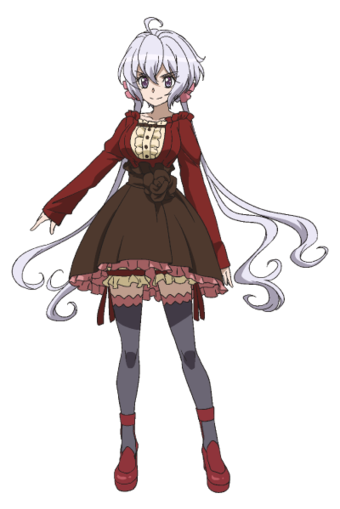 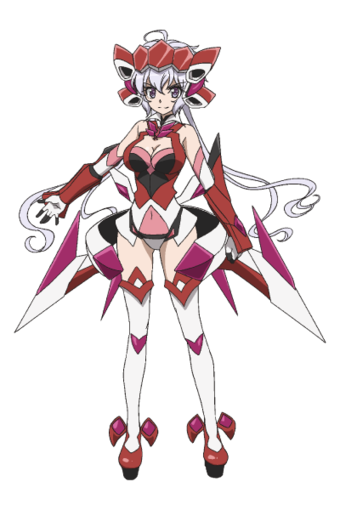 Introduced as a major antagonist during Season 1 with the ability to summon Noise, Chris is revealed to be a former Symphogear Candidate trafficked throughout her childhood for Relic compatibility research, developing a hatred for adults and aligning herself to Finé, until she realized that the latter was lying into using her. She later reconciles with Genjuro, her legal guardian from whom she was kidnapped two years prior to the start of the series. As a wearer of Finé's Nehushtan armor, she wields a whip-like weapon, along with Solomon's Cane, which can summon Noise. As a Symphogear user, she wields the Second Relic, Ichaival, a pair of Automatic Crossbows. 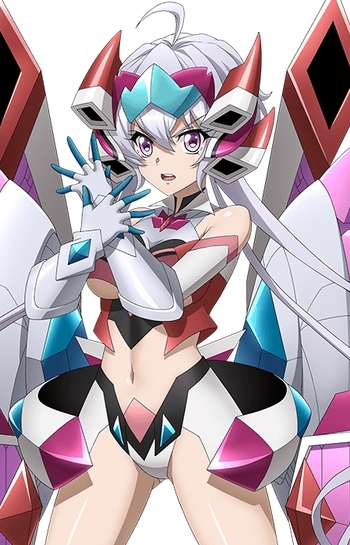 Tsubasa's former partner in ZweiWing, Kanade was the sole survivor of a Noise attack that killed her family when she was young. After being recovered by Genjuro and Ryoko, she wholeheartedly agreed to be tested for compatibility with the Third Relic, Gungnir, in exchange for the opportunity to exact revenge against the Noise. Unlike Hibiki, she can manifest the Gungnir in the form of a spear. Unfortunately, she dies in the beginning, forced to perform a Swan Song to defeat a concentration of Noise that massed around one of their concerts. 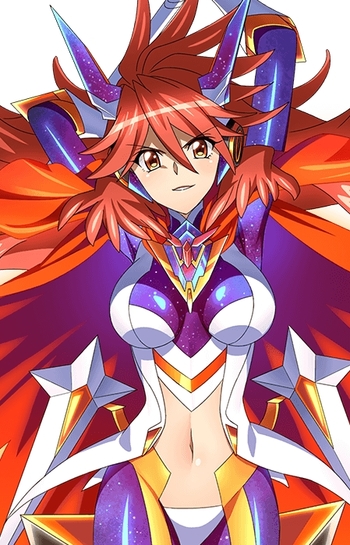 Brisingamen Duo-Relics
Through the use of the Gjallarhorn relic to connect with parallel worlds, the group comes across an alternate version of Kanade who came from a timeline where Tsubasa died at the Zwei Wing concert instead of her. 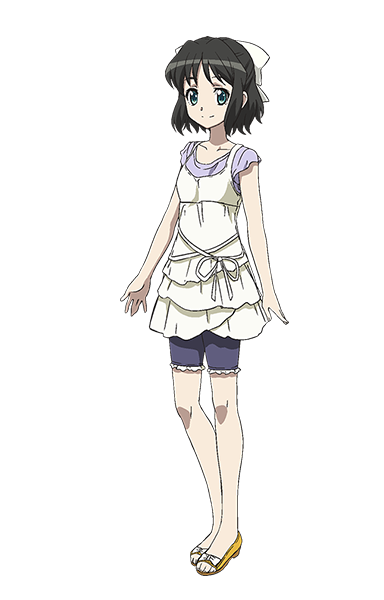 Hibiki's best friend, schoolmate and roommate. A kindhearted and gentle girl is Hibiki's number-one confidant; once she learns of Hibiki's secret activities as a Symphogear, she joins the 2nd Division to support her in any way she can. She is very athletic herself, being a member of her middle school track team, and she loves watching shooting stars. 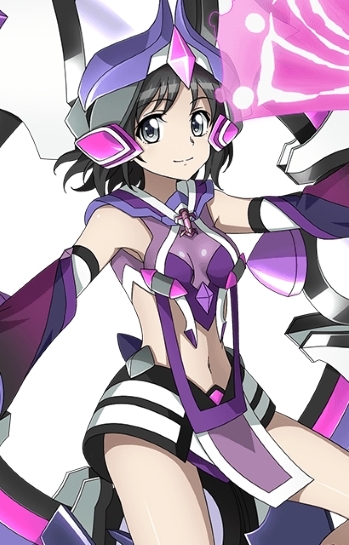 Aigis Duo-Relics
Determined to save Parallel Hibiki, Miku eventually managed to get her own Shen Shou Jing back from the parallel world and used it for that purpose. Unlike in the main series from this point onward, Miku has become the Sixth Ranger and help out the main cast if the situation calls for it.

F.I.S. Symphogears Overall
The three Symphogear wielders that formerly worked for the terrorist organization Finé, before switching sides to work with S.O.N.G following the end of G (plus the dead Serena).
Maria Cadenzavna Eve 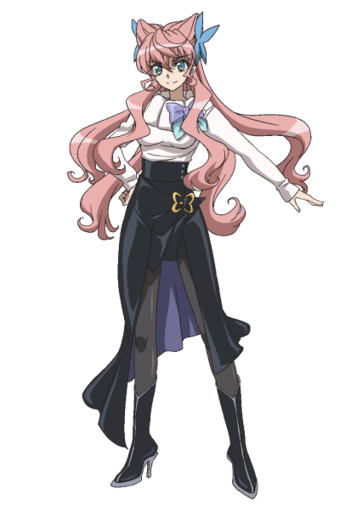 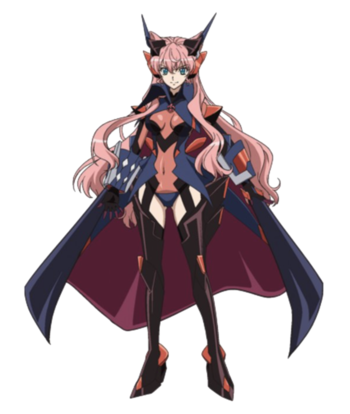 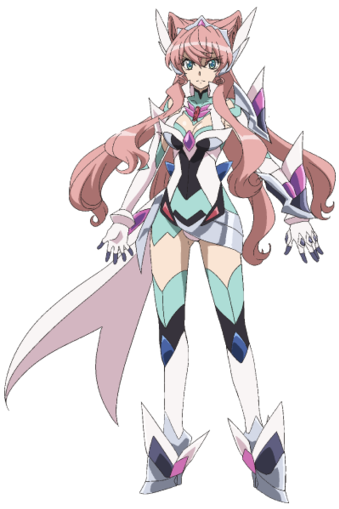 A world-famous singer whose recent début sent her straight to the top of the American charts. However, she was revealed to be a high-ranking agent of the terrorist group "Finé". Initially able to equip the Gungnir Symphogear while fighting against the 2nd Division, she now uses the relic Airgetlam, left to her by her deceased sister Serena. 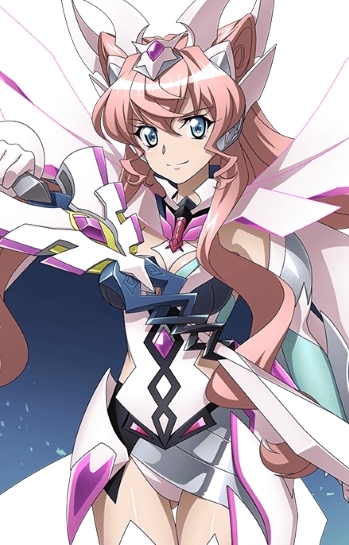 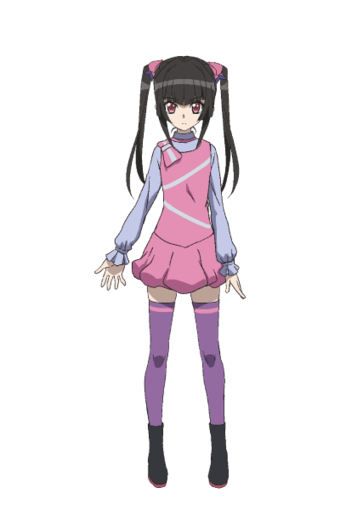 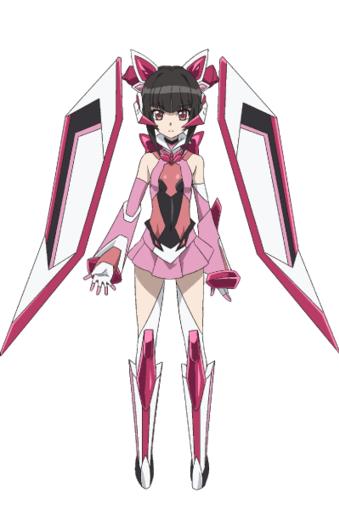 Introduced as another Symphogear user of Fine. She gives off the air of a calm and obedient person, but turns incredibly aggressive when she fights. Her Symphogear is Shul Shagana, a multitude of in-built buzzsaws. 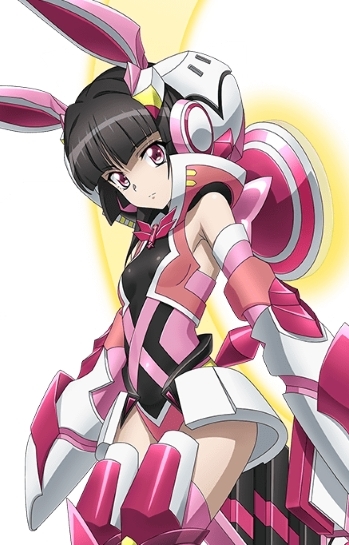 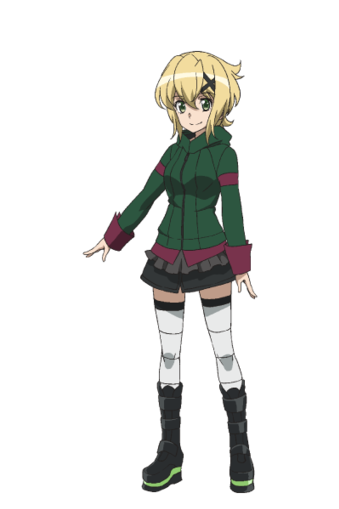 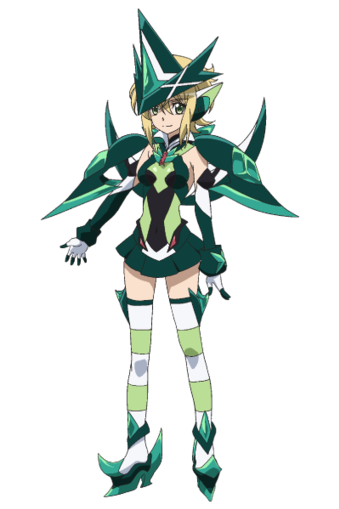 Introduced as another Symphogear user of Finé. As one of the more level-headed and enthusiastic team members, she acts as the heart and soul of the group while hiding her own troubles. Her Symphogear is Igalima, a sizeshifting Sinister Scythe which she can create duplicates of. 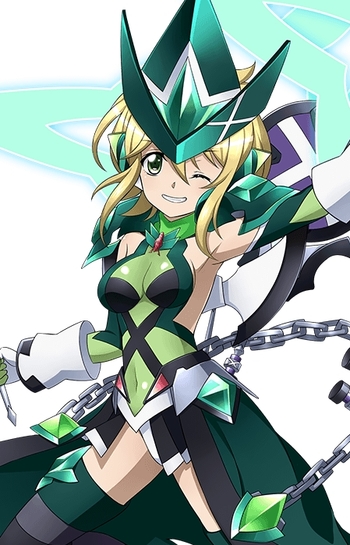 Maria's deceased younger sister and the former wielder of the Symphogear Airgetlám. 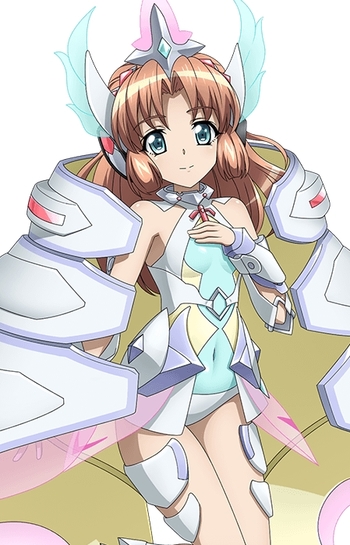 Gleipnir Duo-Relics
Through the use of the Gjallarhorn relic to connect with parallel worlds, the group comes across an alternate version of Serena who came from a timeline where Maria died instead of her. In this timeline, Serena survived her Heroic Sacrifice and was saved by Maria, who was eventually killed by Karma Noise. Heavily injured and rendered unconscious, Serena was put into a deep sleep for treatment until she awoke seven years later.