The characters from Snow White and Seven Dwarfs. Unmarked spoilers ahead. 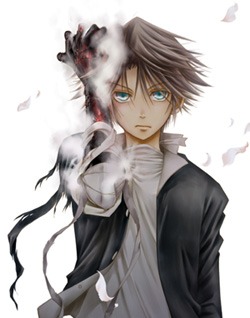 The hero of the story. He wakes up in Hachiouji with no memory of the last two years, before quickly discovering his powers as a tekigousha. Upon learning of the government's actions and obtaining a lead on his older brother's whereabouts, he decides to embrace his new abilities and sets out to take down Kuroyuki.

With his right hand, he can create large amounts of heat, generating magma and fire. 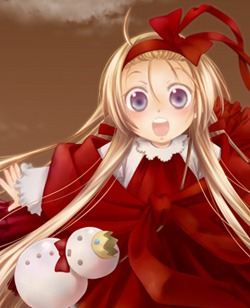 A mysterious young girl who apparently knows Takeru, though he has no memory of her. She's the 'soul' of the government, making her very important to both them, who are desperate to get her back, and Takeru and co., who are just as determined not to let her go. 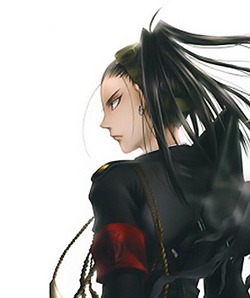 The Ward Chief of Hachiouji. Despite his position, he's defiant and resentful towards the government—sentiments that Takeru use to convince Fujimaru to betray them. That said, Fujimaru's initially reluctant to become Takeru's ally, believing that he doesn't a chance against Kuroyuki.

His right arm allows him to communicate with machinery. 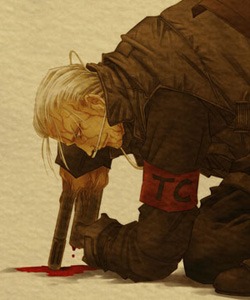 The Ward Chief of Tachikawa, and a longtime friend of Fujimaru's. Unlike Fujimaru, he's genuinely loyal, in a sense, believing that carrying out your duty regardless of your beliefs is part of being a soldier. Ultimately, though, this doesn't stop him from joining the heroes.

He is able to assimilate his right arm into a gun, with him forming bullets out of his own blood. 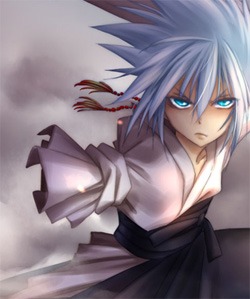 The elder of the two Ushio brothers. Due to his body's rejection of the experimentation, he's progressively de-aging and thus knows that he doesn't have long left to live. Consequently, he's determined to take down the government before he dies, both to restore hope to the people and as means of revenge for him and his brother.

His ability was assimilating a blade with his right arm. However, due to overuse, he no longer possesses said ability. 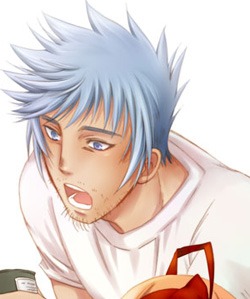 The younger of the two Ushio brothers. Like his brother, he's an experimental failure, though in his case, his body is rapidly aging. Because of this, Souichi dislikes having Souji fight; however, Souji, for his part, is eager to help out and take down the government, just as everybody else.

Similarly to Souichi, Souji's ability is assimilating a blade with his right arm. 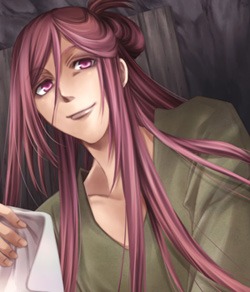 A civilian and back-alley doctor living in the Suginami district. Akane is an abnormality among tekigousha, having gained his power not through experimentation, but from inheriting them through his late father.

He is able to communicate with blood. 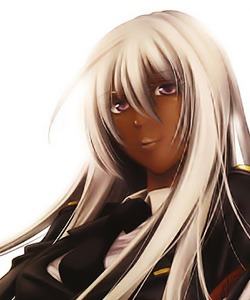 The main antagonist of the story. As the governor, Kuroyuki rules over Tokyo as a dictator, claiming to be the people's saviour. The creation of tekigousha is her doing, as she oversees the human experimentation. 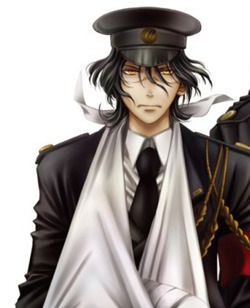 The lieutenant captain of the government's Imperial Guards and thus one of Kuroyuki's right-hand men. He's fiercely loyal to Shirayuki above all, however.

He can transform partially into a sabertooth tiger, granting him fangs, claws, and abnormal physical capabilities. 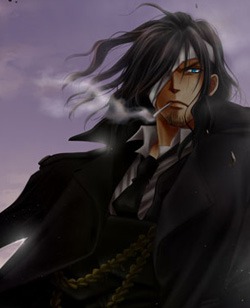 Takeru's older brother and the captain of the Imperial Guards, making him Kuroyuki's other right-hand man. He has a reputation among the government for being cold and terrifying.

He is an atmospheric tekigousha, allowing him to manipulate force in a telekinesis-esque manner. 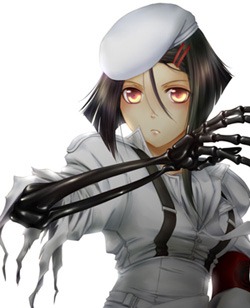 A member of the hunter squad. She's incredibly devoted to Kuroyuki, though why is beyond is anyone's guess.

Her right arm is made of diamond, allowing her to break through just about anything. 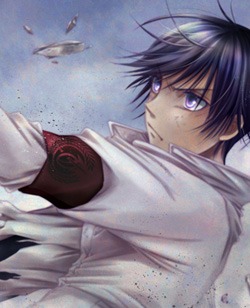 A member of the hunter squad. He serves as one of the main villains in the final arc.

Like Ken, Ryuuichi can assimilate his arm into a gun, though in his case, he possesses this ability for both arms. 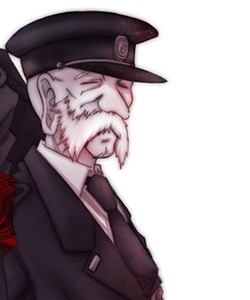 A member of the Imperial Guard, and a good friend of Izumi's.

He has the ability to manipulate dreams. 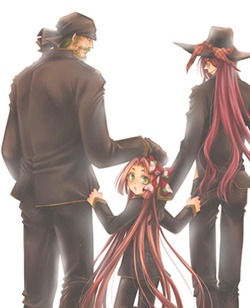 Consisting of Juuzou Mogami, Haruyama, and Tama, who have been tasked with killing the heroes when they pass through Shibuya. 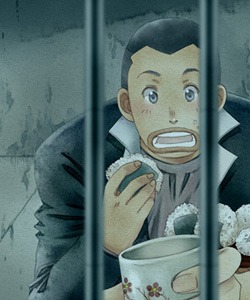 A civilian of Hachiouji. He's the one to find Takeru, and thus the first person—and first friend—Takeru meets upon waking up in the post-apocalyptic Tokyo.